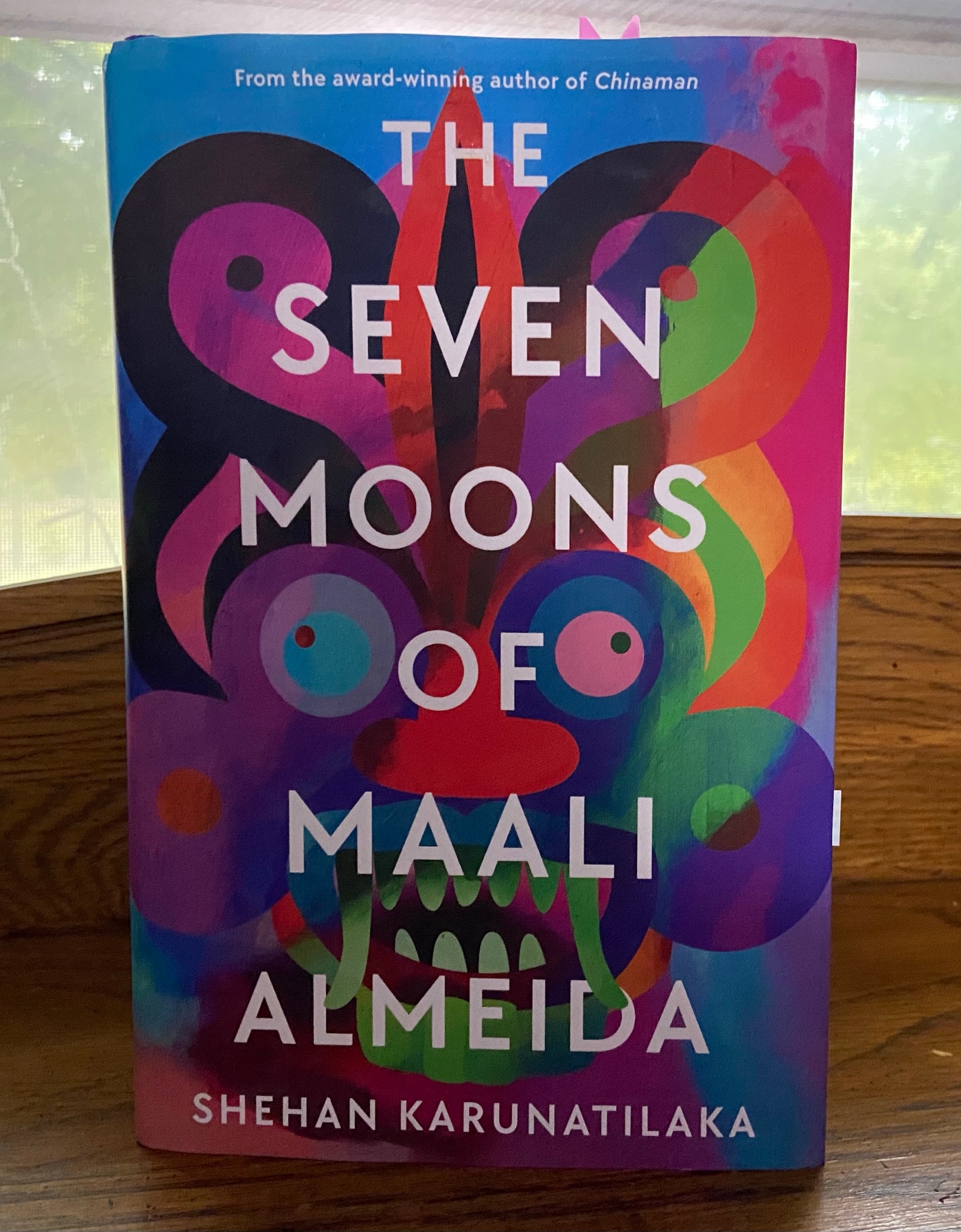 Happy Wednesday! This week has been wonderfully fall-like with rain all day on Monday and Tuesday. The rain has cleared out but the forecasted high is in the mid-70s. That’s just about perfection! I haven’t been able to squeeze in too much reading time since we chatted on Wednesday. Typically my late evenings are spent with my nose in a book, but I was much too tired from all of the extra cleaning that last week’s illness required. Instead, I collapsed on the couch and started the first season of Grantchester on Amazon. It was a lovely way to spend those quiet hours and I highly recommend it when you feel too tired to do anything else. But I did manage to finish two books and they were both outstanding. I can’t wait to share them with you, but let’s chat about the Booker short list first.

The Booker Prize announced their shortlist yesterday and here are the chosen titles:

The biggest surprise for me was that Treacle Walker made the list. Looking back at my thoughts on the book, I did enjoy the magical bits where the main character stepped into different worlds. But other than that, I really struggled with it. Maybe it was all over my head because I could never find my bearings and had a hard time following what was happening. But Alan Garner is turning 88 on the night of the awards ceremony (October 17), so I bet he’s going to win.

My biggest disappointment was that Maps of Our Spectacular Bodies didn’t make the list. But Mortimer is very young and I’m looking forward to her next effort!

My frontrunner is Seven Moons of Maali Almeida, which I’ll talk more about below.

Would anyone believe me if I said that I’m a little disappointed that I’ve finished the shortlisted titles? I AM because I was hoping that the shortlist announcement would give me enough momentum to finish my last three titles on the list. I feel like the wind has been knocked out of my Booker sails now that the anticipation of the short list is over. But — I’m still aiming for one a week until I finish the list. Wish me luck (and focus)!

After reading Oh William! back in July, I knew I needed to go back and start the Lucy Barton series from the beginning. I have to say – Strout’s writing works for me. I know it’s not the case for everyone, but I really like it. And Lucy? I think we’re kindred spirits. I identify with so much of what she says about her past and her feelings. I listened to this one on audio and was breathless. My Name Is Lucy Barton is mostly set during Lucy’s time in the hospital from an infection after a surgery, but we learn so much about her as she lies in her hospital bed. The next book in the series is Anything Is Possible and I’m hoping to read it (or listen to it) in October. My librarian is also a big Elizabeth Strout fan so they have all of her books! I was pleasantly surprised to see Oh William! on the shortlist yesterday and am happy to know that more readers will be meeting Lucy Barton in the coming weeks.

I finished The Seven Moons of Maali Ameida early on Tuesday morning, just in time for the short list announcement. And wow – I hope it wins. This is the 20th century Sri Lankan history lesson I didn’t know I needed. Maali Almeida is a photographer who contracts his services to the different factions in the country. We meet him just after his death and go on an incredible journey with him as he races to ensure that his secret photo negatives fall into the right hands. He hopes that his photos will be the impetus to end the war in his country and he goes to great lengths to guide his friends from the afterlife. The last 80 pages or so were heart stopping and I was cheering him on the whole way. This book is full of ghosts and demons (our own?), incredible insights on religion, and thoughts about what it means to live a good life in difficult circumstances. I read this book slowly, savoring each new landscape and idea. Sensitive readers should be aware that it’s set in a war-torn country and describes war and violence. It didn’t cross any of my personal lines, but your mileage may vary.

As I think ahead to next week, I’m realizing that I might not have much to share on Wednesday. I’ve embarked on Kristin Lavransdatter and September and they’re both chunkers. But I promise to check in with my progress regardless of how far along I get.

Now tell me – how did you feel about the short list? What have you been reading lately? Have you found anything wonderful that you think I’ll love? I’d love to hear from you in the comments. I hope to be back on Friday with an update on our week. Until then – take good care.

(And I apologize that this post is choppy. I was almost ready to publish and then – bloop! – it disappeared. No kidding. So I threw it all together again and am just pushing publish regardless of its state. That’s how it goes sometimes!)