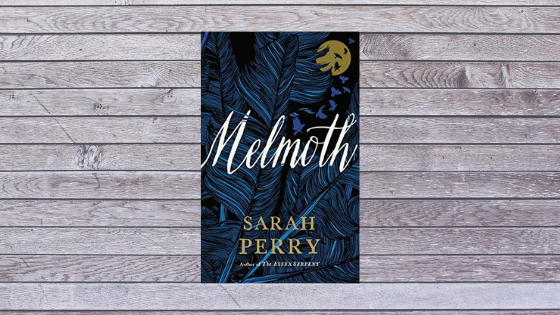 Melmoth has gotten mixed reviews from people that I’ve talked to and on Goodreads, but I couldn’t get enough of it! It had so many atmospheric elements that I love – leather satchels (why does this make me quiver?), tea and coffee, and a creepy spirit that has haunted the entire world for centuries. How much more could you ask for?

Melmoth the Wanderer is said to stand witness to suffering throughout the ages. This is Helen Franklin’s story of her own brush with Melmoth. In Prague with its picturesque cobbled streets, vaulted libraries, and cozy homes, Helen works as a translator and finds her friend, Karel, obsessed with a parchment of paper from a colleague that describes Melmoth the Wanderer. Helen watches Karel slowly unwind as he believes he’s being haunted by Melmoth.

We dive into Karel’s research of Melmoth and discover stories of people who made everyday choices that led to lifetimes of heartache and regret. Those feelings of despair attract Melmoth and eats away at their souls. But is Melmoth real? Or is she just a reminder to be cautious of our choices?

Melmoth is well-written and a literary feat. It’s a great example of a gothic thriller, at which Perry excels. It was so much fun to see her bring the gothic into current day and still tick all of the boxes — as creepy as it was!

4 thoughts on “Melmoth by Sarah Perry”