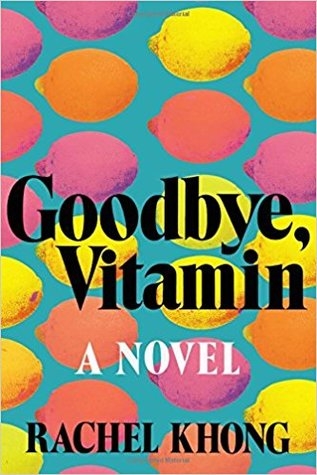 I was surprised by how quickly I finished Goodbye, Vitamin by Rachel Khong. Because it was written in a stream of consciousness with short vignettes, I wasn’t sure if I was going to stick with it. I’d recently started a book that was written in the same style and had to bail. But this was only about 200 pages, which felt manageable.

Ruth returns home as a 30 year old to care for her father at the request of her mother. Her dad was recently diagnosed with Alzheimer’s and is no longer able to teach due to his confusion and sometimes bizarre behaviors. Ruth had been avoiding home for a long time — she knew that her parents’ relationship was rocky and didn’t want to face it. Now she’s staring it right in the face.

But how she faces the situation is incredibly endearing. Ruth felt like me. Her observations, thoughts, and judgments felt spot on and honest. Her belief that she wasn’t up to the role of caretaker were what any of us would feel when suddenly faced with such a huge responsibility.

Throughout this novel, Ruth’s father shared journal entries that he’d written when she 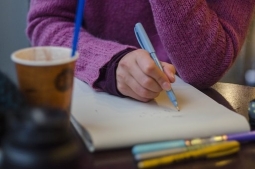 was small. Just the funny little things that Ruth did as a child that struck him as lovable and memorable. As time went on, Ruth began keeping memories of her father in the same way.

Let me be clear: while the subject matter of this book was heavy, this was not a gut-wrenching read. I spent most of it laughing out loud, but did catch myself with tears streaming down my cheeks at one point. I wasn’t sobbing and heart broken, but so touched with the way Khong was telling this story. The writing is on the wall for Ruth’s father – you know what happens to people with Alzheimer’s. But this book left me feeling such hope and gratitude for the people in my life and the relationships that are never beyond repair.

This is an affiliate, which means that I’ll get a small reimbursement if you decide to purchase this book. Thank you in advance for supporting my passions!