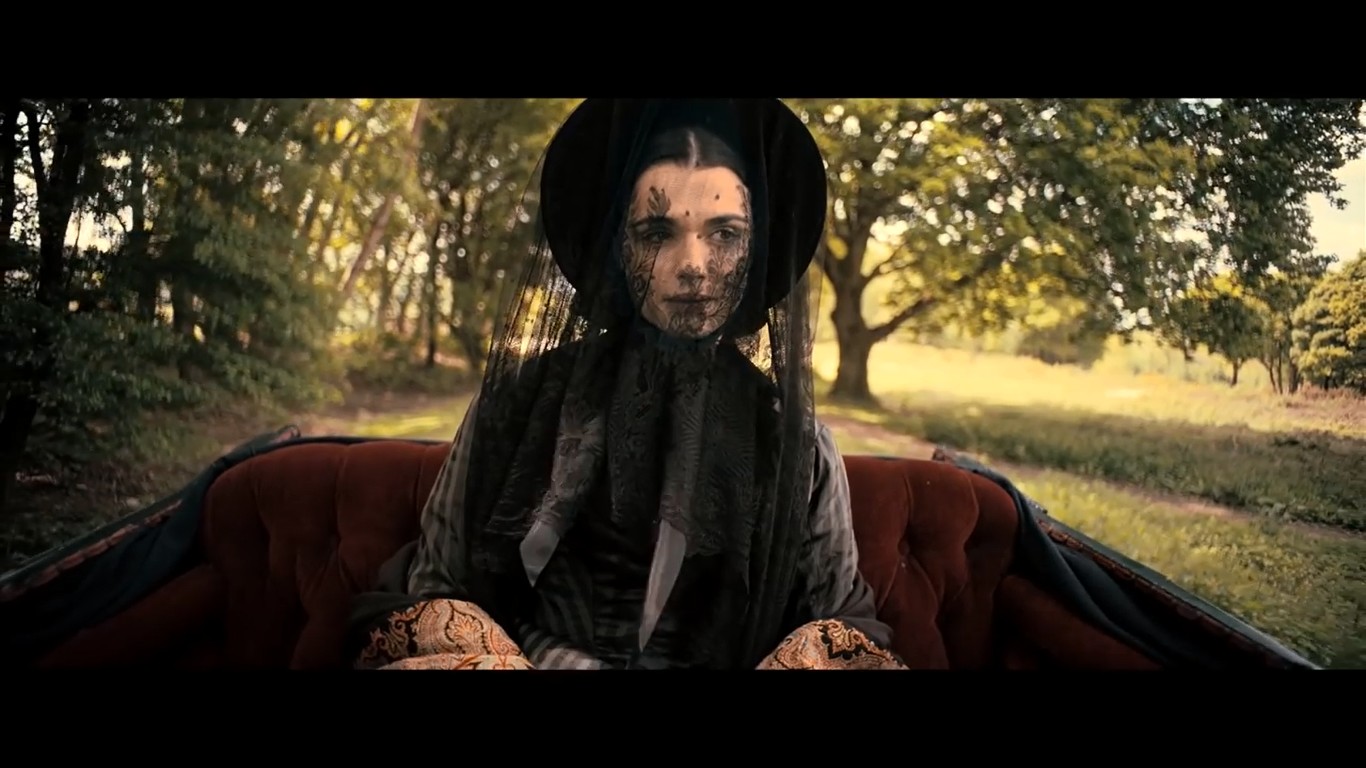 I read My Cousin Rachel

in anticipation of the movie released this summer and now I cannot wait to watch it!

Originally published in 1951, this is a period piece that felt like a gothic masterpiece. Philip Ashley was raised by his Uncle Ambrose on the family estate in Cornwall.  The sound of the sea features prominently in this novel, as well as the fields of cattle. In Philip’s early 20s, Ambrose is ordered by his doctor to spend his winters in the Mediterranean because of his health.  His third winter away he meets and falls in love with Rachel, a distant cousin.

Philip is surprised to learn through letters that Ambrose has fallen in love so deeply that he and Rachel have decided to marry and stay in Italy an additional year before returning home to Cornwall.  But Philip gets some concerning letters from Ambrose that bid him to Italy as soon as possible – Ambrose is not well and fears that it’s due to nefarious activities done by Rachel and her estate manager, Signor Rainaldi.

By the time Philip makes it to Rachel’s village, it’s too late.  He is greeted by the housekeeper and his wife and child and finds that Ambrose had died not long before his arrival. Rachel has packed all of his belongings and disappeared and no one knows where she has gone.

Word of Ambrose’s death had reached Cornwall before Philip’s return and the entire village was in mourning.  Shortly after settling into the role as keeper of the estate, Rachel arrives by boat.  Rachel was not included in Ambrose’s will and Philip is relieved by this – he believes he is the rightful heir of the property and wealth associated and was seething with jealousy at the thought of someone swooping in and taking it away.

Out of duty, Philip invites Rachel to stay at the estate and she quickly enchants everyone,

including the dogs.  Before long, Philip is under her spell as well and the reader is swept into his newfound passion.  Just under the surface, Philip continues to be suspicious of the words that Ambrose wrote about her – she is only satisfied by money, for example.  Philip’s guardian, Nick Kendall, learns of the gigantic sum of money that she’s been spending since arriving, and questions her judgement with money and her trustworthiness.  Philip, vacillating between believing her to be good and pure and believing that she is a monster only out for herself, cannot always trust that her intentions are in the right place.

There were times during this novel that I knew for sure what was going on, and then the next paragraph would blow that completely out of the water.  I was on the edge of my seat and couldn’t stop turning the pages.  Jealousy, greed, impulse, lust, and pure passion seared the pages and made this one of the most un-put-downable books that I’ve read in a long time!